Which tax file formats are used by different tax programs?

Doing your taxes can be complicated without having to decipher what tax files belong to what tax programs. Here is your guide to the tax file formats for the 2017 tax season, including programs that can import, export, and open the files. 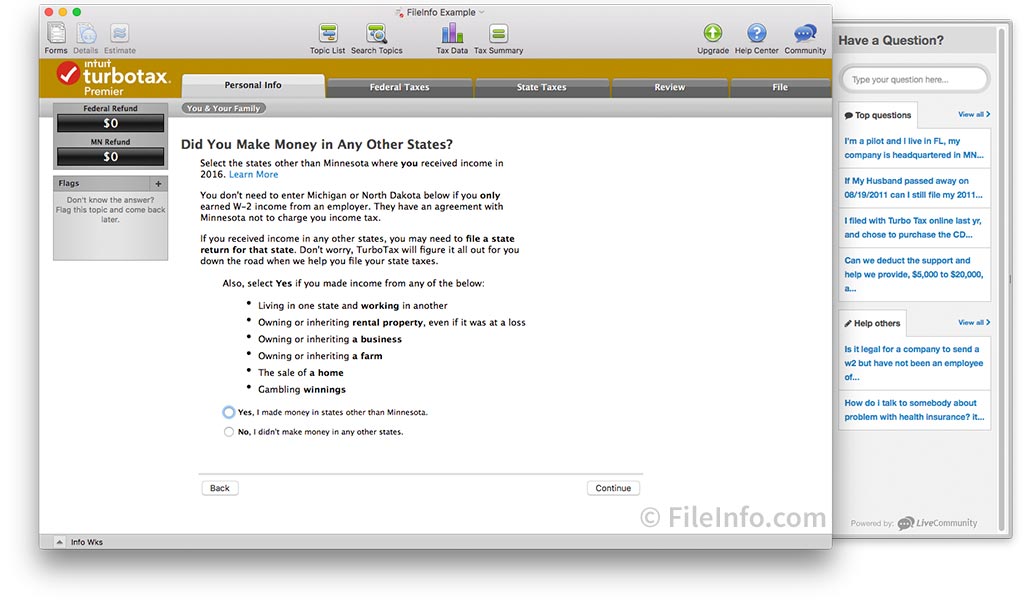 The .TAX2017 file is a United States tax return created by the 2016 version of Intuit TurboTax. It is primarily used by the desktop version but may also be exported from the online version. The file contains a user's personal information, federal IRS tax forms, and one or more state forms for the 2016 tax year. It is created to save a user's progress as he calculates his taxes and can be used as a backup in case the original file becomes corrupt or lost. The file will most likely have a name created by the user and may be encrypted with a password. Also, if you have used TurboTax in the past you most likely will have seen other similar tax-related files such as .TAX2015 (created by the 2015 version of TurboTax) or .TAX2014 (created by the 2014 version of TurboTax).

The .TAX17 file is another extension used by TurboTax to save returns although it is much less common than the TAX2016 file, which is created by TurboTax by default. It contains federal and state tax forms and personal information entered by the user. On the rare chance you do come across the TAX16 file you can open it with the 2016 desktop version of TurboTax. 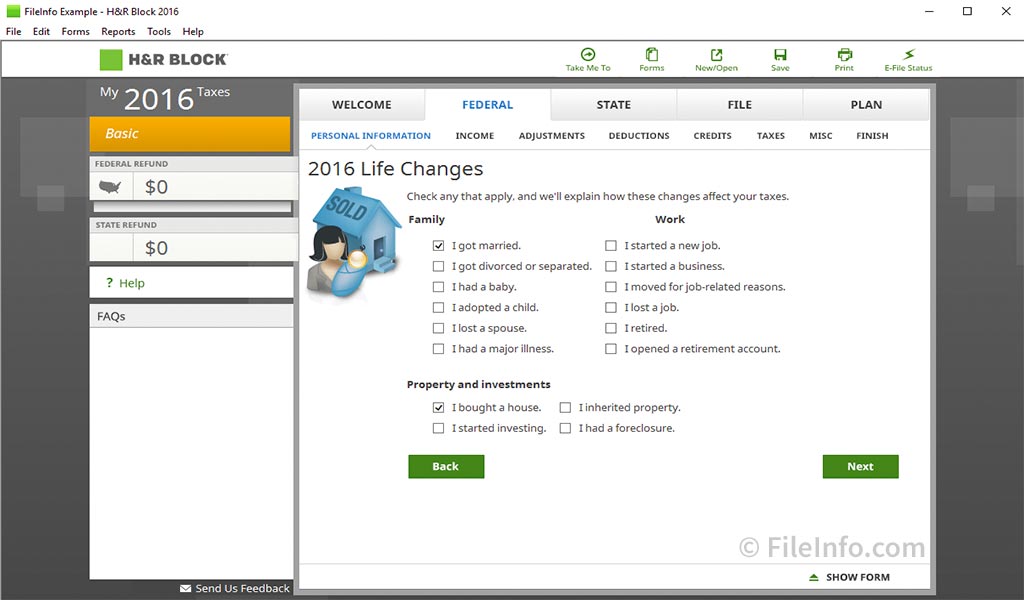 The .T17 file is a tax return created by the 2017 desktop version of H&R Block Tax Software. It is the primary file type used by H&R Block to save tax returns much like the TAX2017 file is used by TurboTax. The file contains U.S. federal tax forms, any necessary state tax forms for 2016, and personal tax information entered by the user. 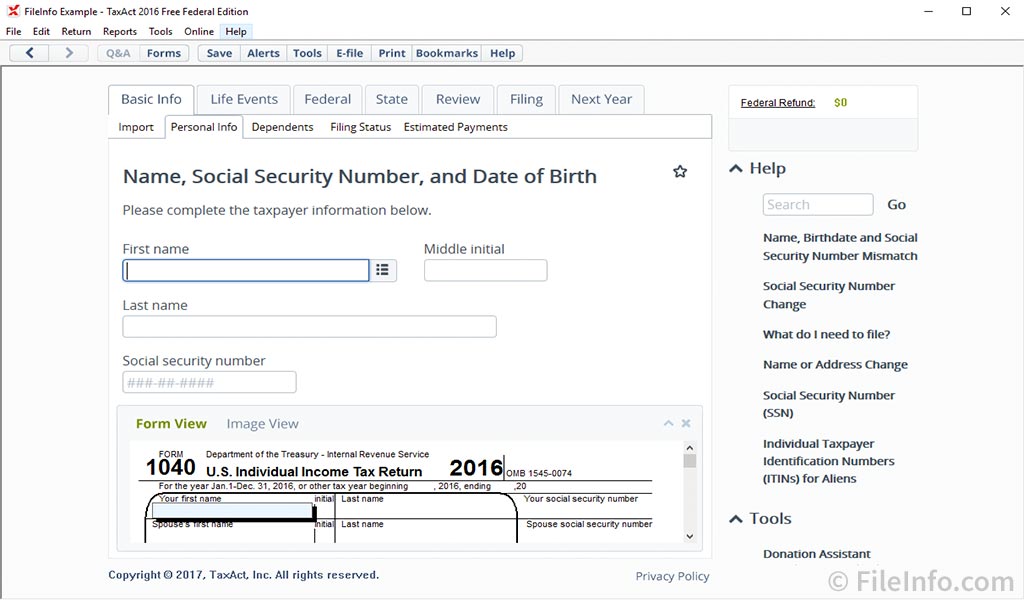 The .TA7 file is a tax return created with the 2017 version of TaxAct. It contains tax data for the 2017 tax year, which includes both federal IRS tax forms and state forms for a specific state, along with the user's personal information. It is the main file type used by TaxAct much like the TAX2017 file used by TurboTax and T17 file used by H&R Block Tax Software. If you have used previous versions of TaxAct you may have come across the .TA6 file (created by the 2016 version of TaxAct) or tax files from earlier years.

The .BA7 file is a backup file of a tax return created with the 2017 version of TaxAct. It contains a backup of a TA7 file, which includes federal IRS and state tax form data along with the user's basic information. The BA7 file is used for archival purposes and in case the TA7 file is lost or becomes corrupt.

The .TT17 file is a tax return created by the 2017 version of TurboTax Canada. It contains tax information specific to Canadian federal and province requirements and income and personal data entered by the user.

The .H17 file is a tax return created by the 2017 version of H&R Block Canada. It contains Canadian federal income tax forms and other tax data such as personal information and income earned.

The .TXF file is an older text-based format used for saving tax data, such as income and expenses. It can be exported from financial software programs like Intuit Quicken or Microsoft Money and imported by tax preparation programs such as Intuit TurboTax and H&R Block Tax Software.

PDFs are exported by a variety of tax preparation programs to save tax returns for archiving, sharing, or printing purposes. TurboTax, H&R Block, and TaxAct allow users to save tax returns as .PDF files. TurboTax can also transfer data from H&R Block and TaxAct PDF files. However, the PDF must be a filing copy or else TurboTax will not be able to read and transfer the data. Also, the only transferable data from PDF files are personal information, adjusted gross income (AGI), and direct-deposit bank information.