What is the Apple File System (APFS)?

The Apple File System, often referred to as "APFS," is a file system developed by Apple for macOS, iOS, tvOS, and watchOS. It debuted in iOS 10.3 in March 2017 and macOS 10.13 (High Sierra) in September 2017. APFS is optimized for flash storage devices and is designed to replace HFS+ (Hierarchical File System Extended), which was implemented in Apple products in 1998. The previous file system, HFS, was introduced in 1985.

A file system controls how data is stored and retrieved on your storage device. It organizes your data and allows you create, modify, duplicate, move, and delete files and folders.

What is the difference between APFS and HFS+?

How do I know what file system I am using?

APFS is used in Macs with flash drives running macOS 10.13 High Sierra or later. Updating a flash-based Mac to High Sierra will automatically update the file system from HFS+ to APFS. You can check the version of your OS by selecting the Apple icon in the Finder menu then selecting About This Mac from the dropdown menu.

Macs with HDDs or Fusion Drives will not be updated to APFS when you upgrade to version 10.13.0 (High Sierra). However, APFS may support these devices in a future update.

You can see what file system your Mac is using by opening Disk Utility (Applications/​Utilities/​Disk Utility), as shown below. 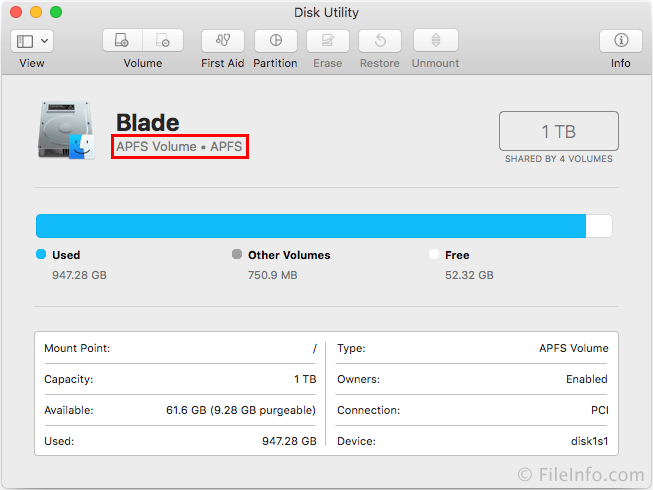 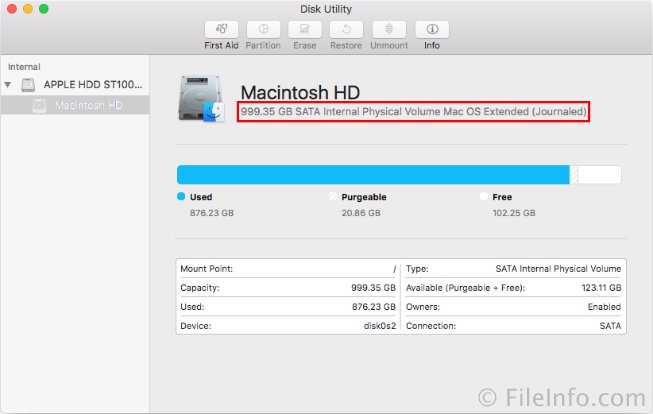 If you are using a device running iOS, such as an iPhone or iPad, you can check the OS version by opening the "Settings" app and selecting General → About. If the version is 10.3 or later, then your device is using the APFS. If the version is earlier than 10.3, then it is using HFS+.